I received lots of great questions regarding our Hp-14 Scraper Plane and will attempt to answer them here in this Totally Awesome and Worthless Blog!

Before I answer them, here are a couple of pics of the final design. The pre-order window will open this week and we will make this in two versions, the HP-14 Scraper Plane, and the HP-14 SS Scraper Plane. The later features stainless steel sides as opposed to champagne anodized aluminum and we will only make the SS version once… 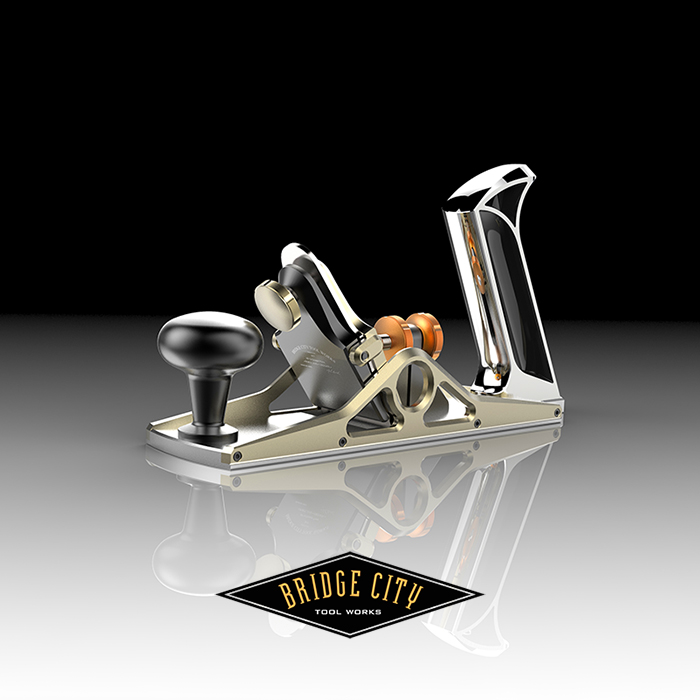 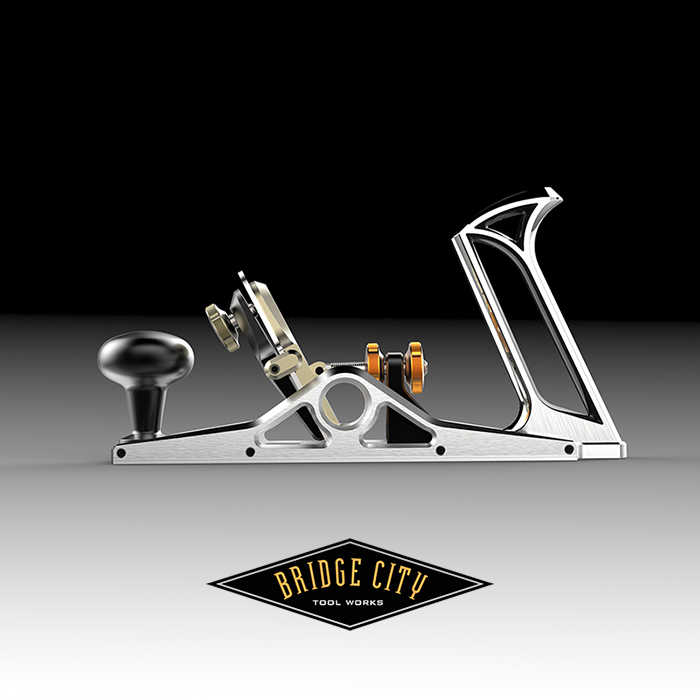 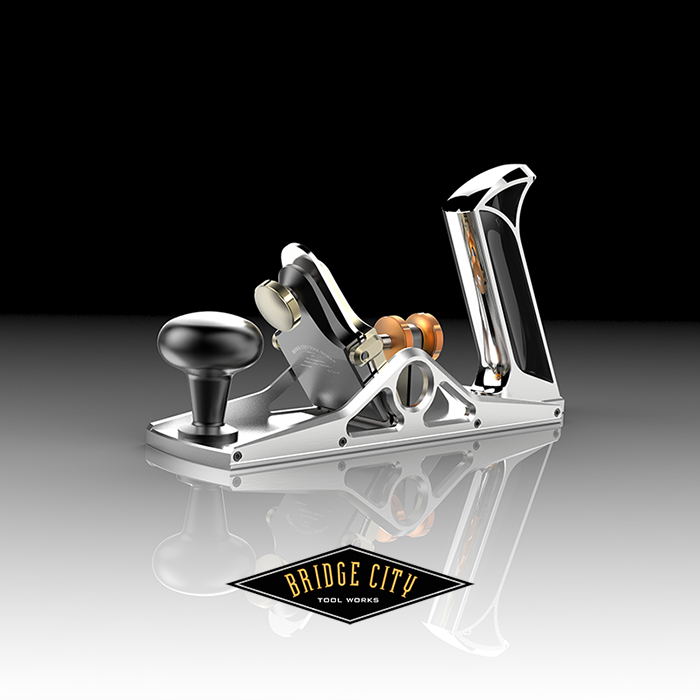 This is a really cool tool and we are excited to get going on it!

Now for the questions…

Q. What is the HP-12?
A. It is a tool that will be announced later this year. It’s been sitting “in the can” for almost 2 years now. I have been busy on some other things that has kept us from releasing it.

Q. Is the iron crowned?
A. No, and you don’t want it crowned, a scraper plane is designed to make a s linear scrape in wild wood, or in cases where you know you are going to sand the surface after scraping. (You should be able to start with 220 grit after using the HP-14)

Q. Is there a way to “bow” the blade like a cabinet scraper?
A. No, see answer above.

Q. What is the width of the iron?
A. Approximately 51mm.

Q. What is the factory grind of the iron and how thick is it?
A. 45 degrees and it is approximately 2.4mm thick.

Q. Will the HP-14 come with depth skids?
A. No. There is no use for skids on this type of plane.

Q. How do you know when the iron gets dull?
A. Oh, you will know. You go from consistent shavings to dust. Dust is not good.

Q. Does the iron get how like a cabinet scraper.
A. Yes, but your hands are far removed from the edge so it is not a concern.

Q. How thick is the sole?
A. Approximately 8mm

Q. Do I need to worry about the sides coming off because of those little black screws?
A. No. The sides are actually press fitted to the sole via metal dowel pins. The screws are insurance and add an industrial aesthetic that I like.

To set up the tool, set it on a flat surface. Pitch the frog at approximately a 60 degree angle and lock in place. Next, you insert the iron (after rolling a hook and with the bevel facing the rear tote) and allow it to seat against the flat surface. We recommend pressing down on the iron firmly while tightening the cap screw. This typically creates a minute protrusion of the hook. Make a test cut.

There is not a depth adjustor on scraper planes, so if you are not getting shavings, either the hook is incorrect or the iron is not protruding from the bottom of the sole. If the latter is the case, repeat the set-up process mentioned above but shim the bottom of the plane off the bench surface with two pieces of thin paper.

When properly set-up, you should get shavings (as opposed to dust) 99.99 per cent of the time REGARDLESS of grain direction. Scraper planes are a must-have tool for serious makers and we think the HP-14 Scraper Plane will exceed your expectations and those of your heirs for generations to come.

The rear tote is a tour-de-force of tool making craftsmanship. Investment cast stainless steel, the tote is polished to a mirror finish and the interior cavities are powder coated jet-black. Lastly, the sides are grained and the tote is fastened to the sole via two stainless steel cap screws.

We think the HP-14 is a real head turner that will make wood grain shake in fear! Pre-order email will arrive sometime later this week.