Lots of drivel to report today!

As mentioned in my previous post, I am in receipt of the first article HP-12 Dual Angle Bench Plane which will hit the shelves later this year. Here are my initial reactions to this new tool with pics;

The box is identical to the box for the HP-9 in my previous post. Here’s a peek of what you can expect to see with the lid removed; 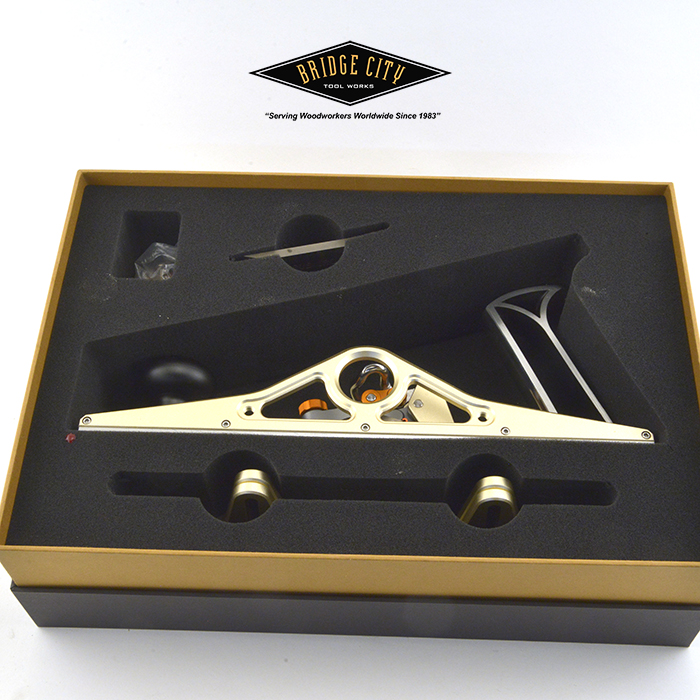 This is an incredible plane, and it is based on the all stainless steel CT-18 Dual Angle plane we introduced a couple of years ago. However, this version differs: you now have the following four choices, attack angles of 42 degrees, a low attack angle for end grain and straight grained woods, 47 degrees for all-purpose planing and 52 degrees for the difficult grained woods. Lastly, there is a gap-toothed scrub iron edge. I really believe for many woodworkers, this is the only bench plane needed. 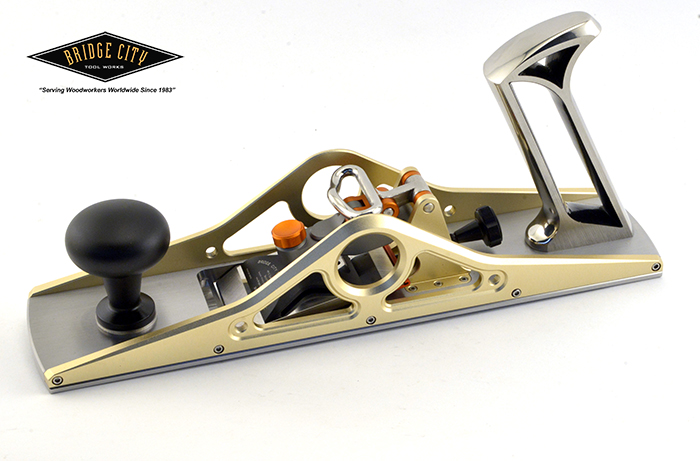 Here’s a look at the sole. It passed the flatness inspections but it has a cosmetic issue. See the discolored area behind the iron? That is caused by the plane getting too hot during the flattening process. I will fix this when I get to Nanjing next week. 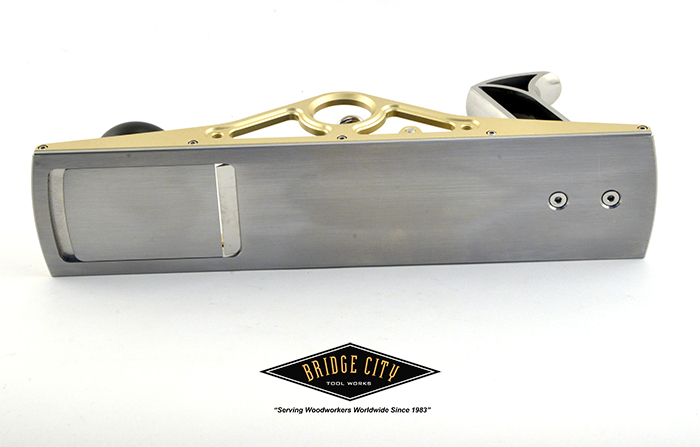 Here’s a close-up of the investment cast, stainless steel rear tote. I made over 200 real, and virtual prototypes before I settled on this design. The interior cavities are painted gloss black and the polished areas actually help improve your grip. It is counter-intuitive, but these shiny surfaces help your hands slightly stick to the tote. It feels great in the hand, and, the forward pitch of the tote is dead 90 degrees to the cutting edge of the iron. When the sole is waxed (and with a sharp iron) this plane feels like it has a motor pushing it. 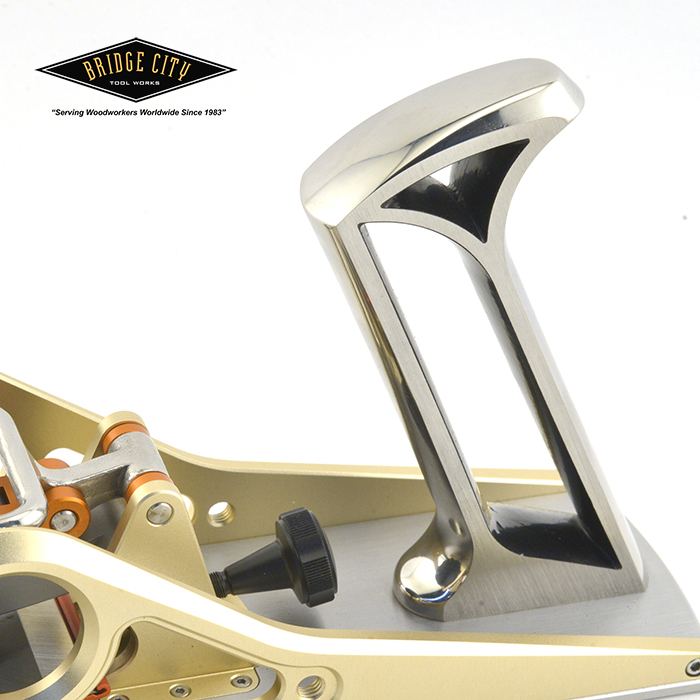 In the image below you can see the blade adjuster and the two orange knobs that allow you to adjust the brass split-nut designed to eliminate thread backlash. With the blade retention mechanism unlocked, these two screws are easily accessible. The lead screw also pivots but it is a worthless feature in that you will cant the iron with your fingers through the piercings in the sides. This is way easier than using the modified Norris adjuster. And, I very well may eliminate it — the capability makes no sense with this plane design. Lastly, I do not like the finish of the casting that locks and unlocks the cap iron. That will be addressed while I am in Nanjing. 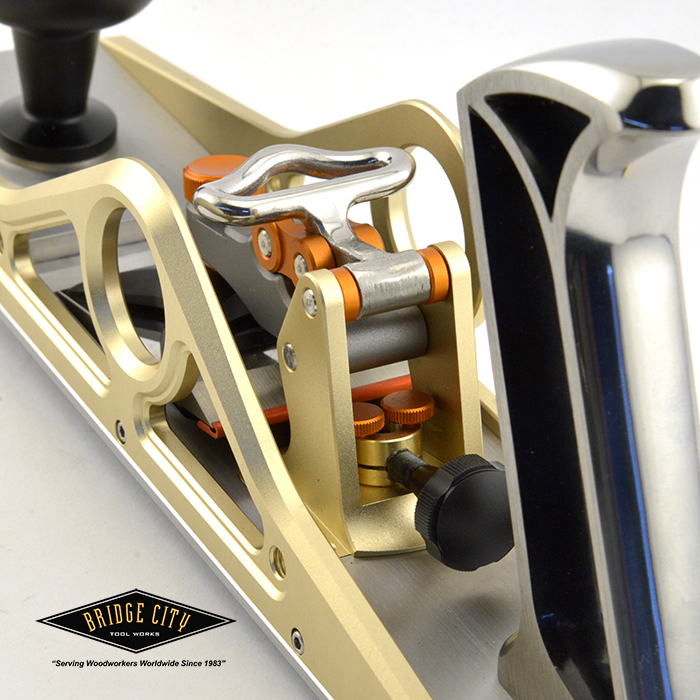 The blade locking tension is improved from the CT-19 version, it can be adjusted without a hex key wrench; 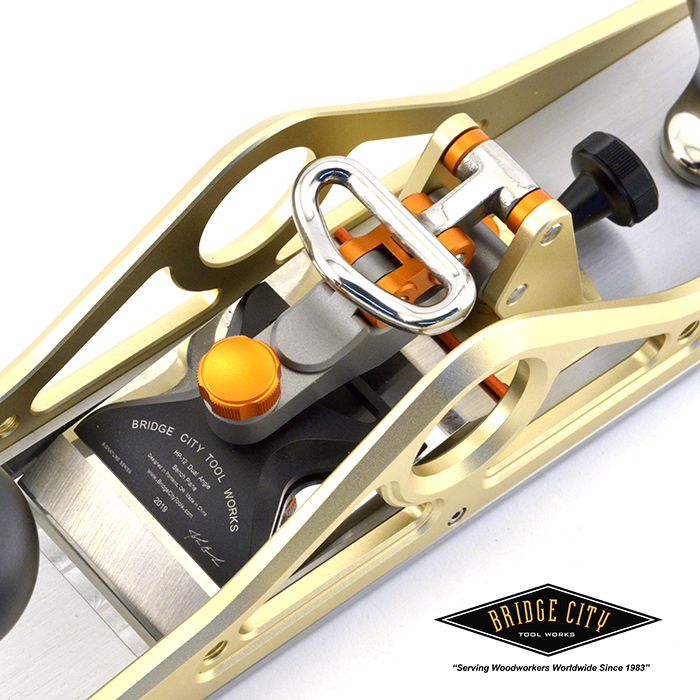 The HP-12 features depth skids. If you follow this Totally Awesome and Worthless Blog, you know I believe they are a game changer; 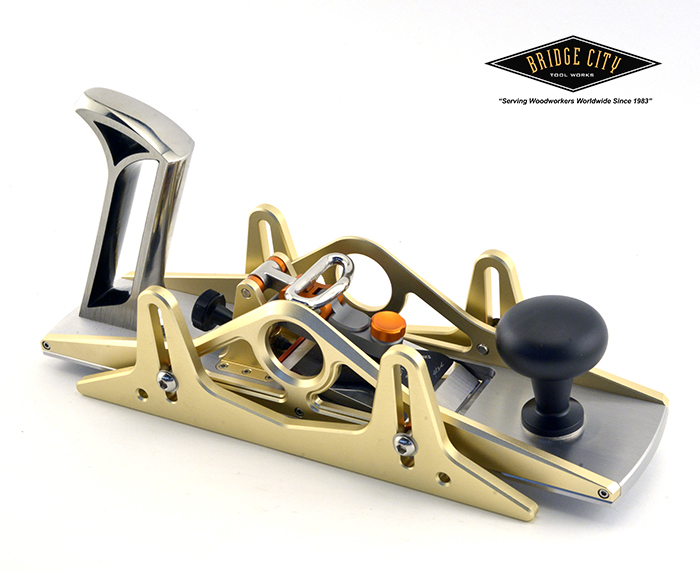 The HP-12 Dual Angle Bench Plane does not include a guide fence by design. However, see the two little holes at the bottom of each depth skid? Nothing is preventing you from attaching a wooden fence (via screws) to one skid (or two in some rare cases). How cool is that?

Depth skids on a bench plane absolutely ROCK! Without them, making the “board” for my sculpture “Fog of War” would have been way more difficult; 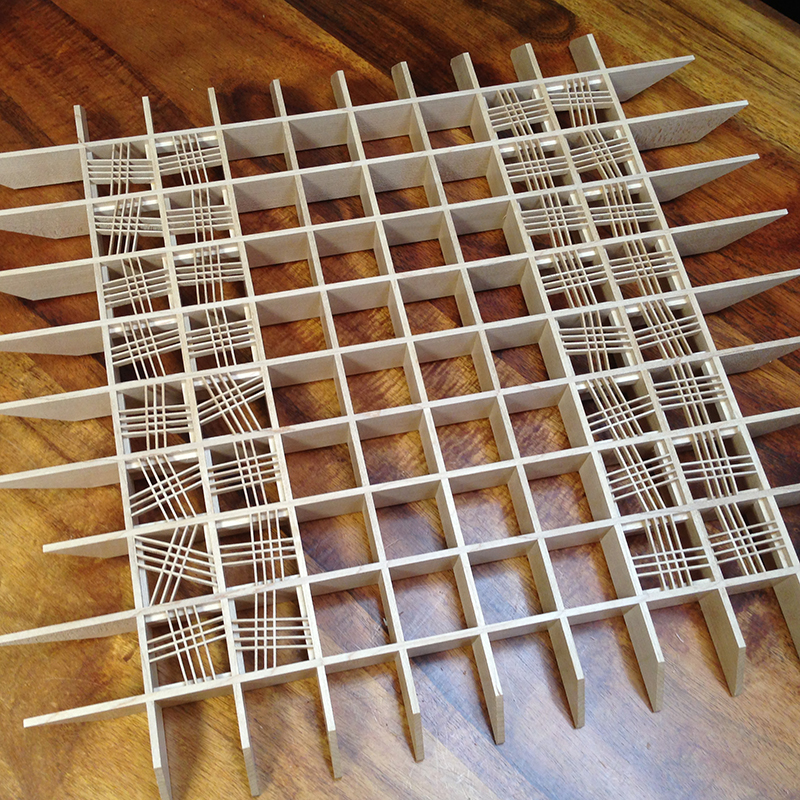 I hand dimensioned the board members and the inserts in a single afternoon. NONE of these components varied by more than 0.002″! Using the KM-1 Kerfmaker, I was able to rapidly cut the cross laps on my Jointmaker Pro and all of these joints are light tight. Interestingly, I did do a test on the accuracy of material run through my powered planer and the these sticks varied by as much as 0.015″, and the sniped ends were worse. Depth skids to the rescue! 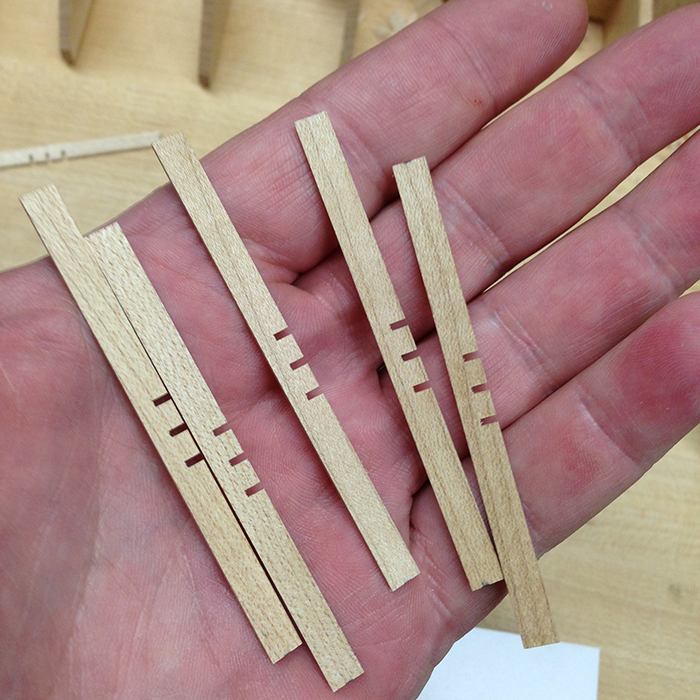 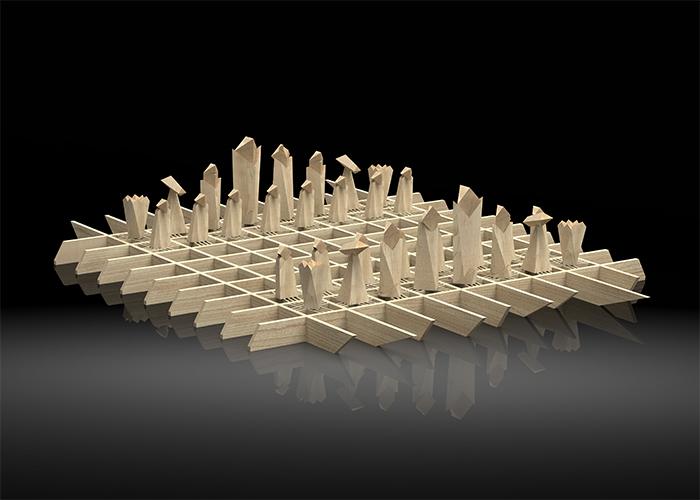 Drivel Starved Nation, when I fix what is wrong with these two prototypes, these two new planes will absolutely become the workhorses of your shop; 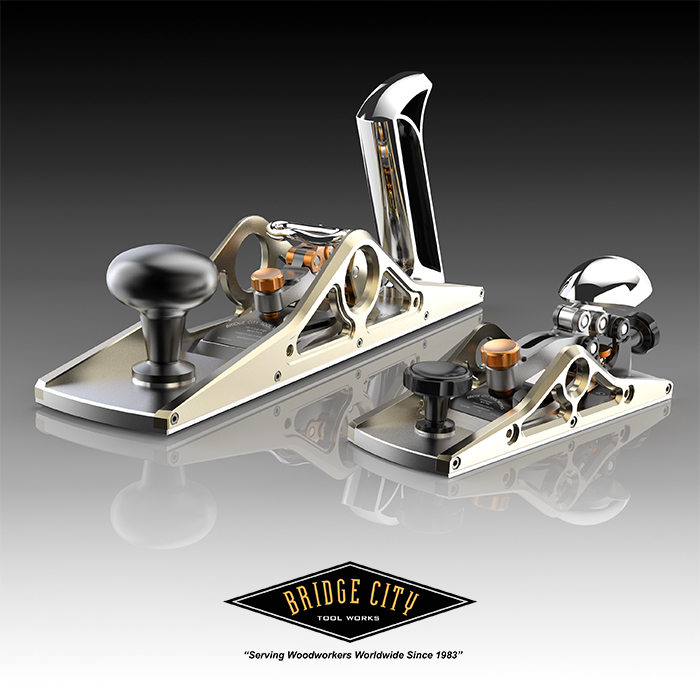 Lastly, right next door to the Harvey manufacturing facility is a 35,000 employee factory that makes Apple iPads. Some of these new plane components are made in this plant. But even more interesting (to me anyway) is our local anodizer here in the Portland area. The owner helped me develop the unique anodized finish on our tools that I just love. In speaking about how he acquired all of this knowledge, I learned that he was hired by Apple to set up the iPhone anodizing process in China. How cool is that?

Lastly again, I hope to update this Totally Awesome and Worthless Blog with frequents pics from Nanjing, including the grand opening/ribbon cutting ceremony of the new Bridge City Tool Works manufacturing center in Nanjing next Saturday.

And lastly again, for those of you who balked at going on that awesome China field trip in 2017, we are doing another one in 2020. I hope to pin down the dates while I am in Nanjing.