My latest trip to China was my favorite to date. When you are on an informative trip, fun is easy to find. When the weather is perfect, trips like this become magical.

The highlight for me was the gift Mr. Yang, the Hong Mu Master presented to me. It is a sample of the joinery used in his masterpiece pictured below; 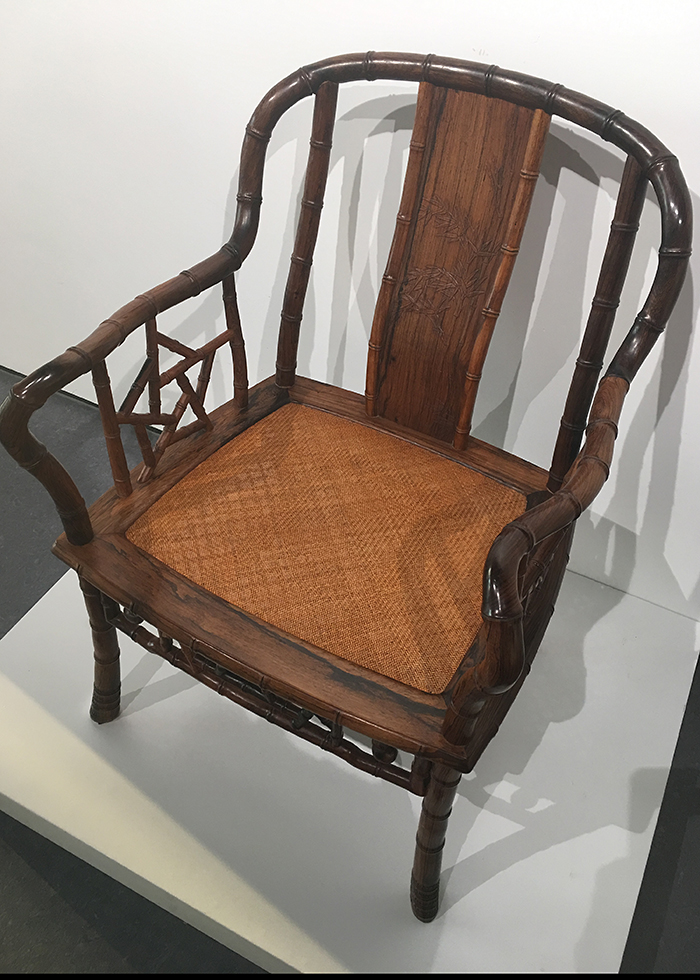 As explained by Mr. Yang, his students are not allowed to build a chair until this joint is mastered; 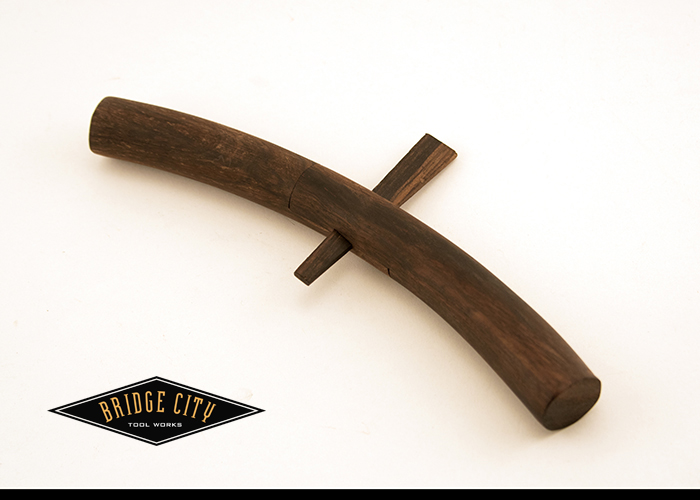 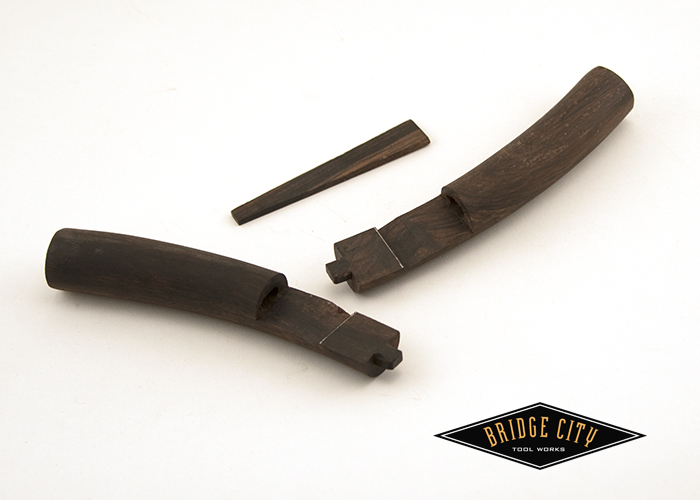 Incredibly, mastering this joint can take up to a year. The rosewood supply he has is finite, so there is no tolerance for waste when it comes time to make a chair. And because there is no finish, the joints need to be perfect to become invisible. It truly is an amazing display of craftsmanship. The joint itself (I wish I would have asked if it had a name) is a thousand years old I am told.

Here is a short video by Academy Award Winning Cinematographer Wanna Be Consuelo;

Each chair arm has 6-8 of these joints. They are incredibly strong and could be completely functional without adhesive… they are that strong. 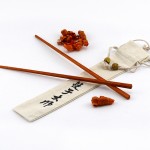 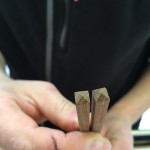 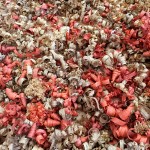 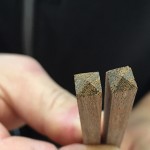 We have been selling Jointmaker Pros through our distributor in China for several years now, along with numerous other BCTW tools. As you know, it is a big country and avocational woodworking is in a pre-nascent stage (if such a stage exists). So the sales are not large but they are growing—right up there with our sales to Cooter Ditchman.

As a token gesture of gratitude for the business, I volunteered to attend China’s largest woodworking show as a guest in our distributor’s booth. My goal was to replicate the squiggle wood chopsticks demo that I concocted out of boredom at a similar trade show in Japan.

The Japanese are typically not outwardly demonstrative, however, these worthless chopsticks had folks laughing their asses off watching others try to pick up a grain of rice with chopsticks that were not capable of picking up a feather… actually you can’t pick up Jack Squat with these things. I never forgot how humor can unite disparate cultures.

Like other ideas of mine that should never surface, I realized, rather late, that I was going to need a chopstick supply. And although it would be no problem to buy them in China, in order for the squiggle wood part to work without a lot of effort, they all needed to be identical in size. I then embarked on a chopstick making jig with zero thought of ever making them for sale. It was a folly idea. A gesture for a good friend. Or so I thought.

I sent my CAD files to one of our suppliers without really knowing how I was going to hold these things. I also knew that I didn’t want to spend my time in China sharpening irons, so I designed the bed of the jig to be just under the plane iron width (we used the all-aluminum HP-8 block plane with depth skids). I ordered 10 prototypes because I blabbed this idea to my foodie friend, Wake, who owns the E-Bike Store and he wanted some for Asian themed dinner parties. I laughed.

About four days before my China flight, I actually made some chopsticks only to learn that my math was off, and the most important part of the jig, which facilitates making the octagonal business end, was impossibly flawed. I had that same bad feeling from eleventh grade, when I was handed my 100 question trig test and the number of correct answers was a single digit.

Furthermore, my friend and host wondered out loud as to whether my idea would actually work. I was running out of time.

In the weeks leading up to the trip, my friends asked me why I was going to China. I replied that I was going to teach the Chinese how to make chopsticks. “A tad arrogant don’t you think?” was a common sarcastic response. Most just awkwardly laughed and I could see in their eyes that a pity party was in the works.

The math error was corrected with a couple of shims. I fixed the octagonal goof with a piece of brass super-glued to the jig. The night before I left, I made a perfect pair of chopsticks. And believe it or not, this is not a simple, slam dunk project. I am talking gallery quality chopsticks. The 13 hour flight, which is never fun, was much less stressful than it could have been.

I hauled four flawed prototypes in my luggage. On the China side, my host made 500 pairs of 7mm square x 270mm long chopstick blanks in a mix of hard maple, padauk, and some brown wood.

I don’t know how this happened but within the first hour, there were 60 or so people in line waiting to make chopsticks. In the second hour, two of the HP-8 planes were apparently needed by others so we were down to two functioning stations with over three days to go. Staff were assigned to guard the remaining planes on hand.

In my opinion, the most important part of the chopstick design was the diamond cut on the fat end and it is a staple of well made chopsticks. These four hard lines unite all the hard lines and when perfect (and they ARE perfect), it is special. Oh, a pair of chopsticks takes less than 5 minutes. No sawdust, just shavings. Here’s a pic; 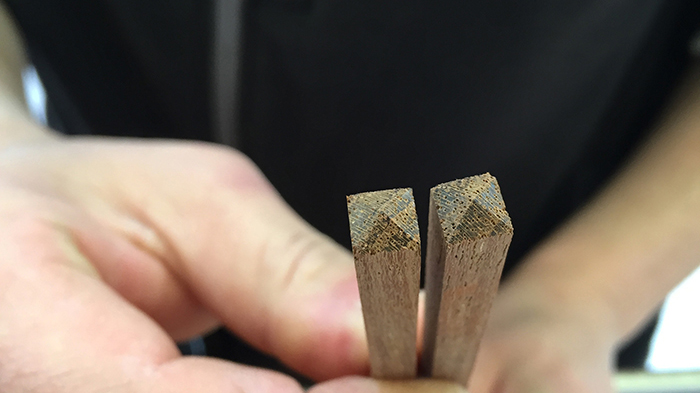 This is fifteen minutes worth of work; 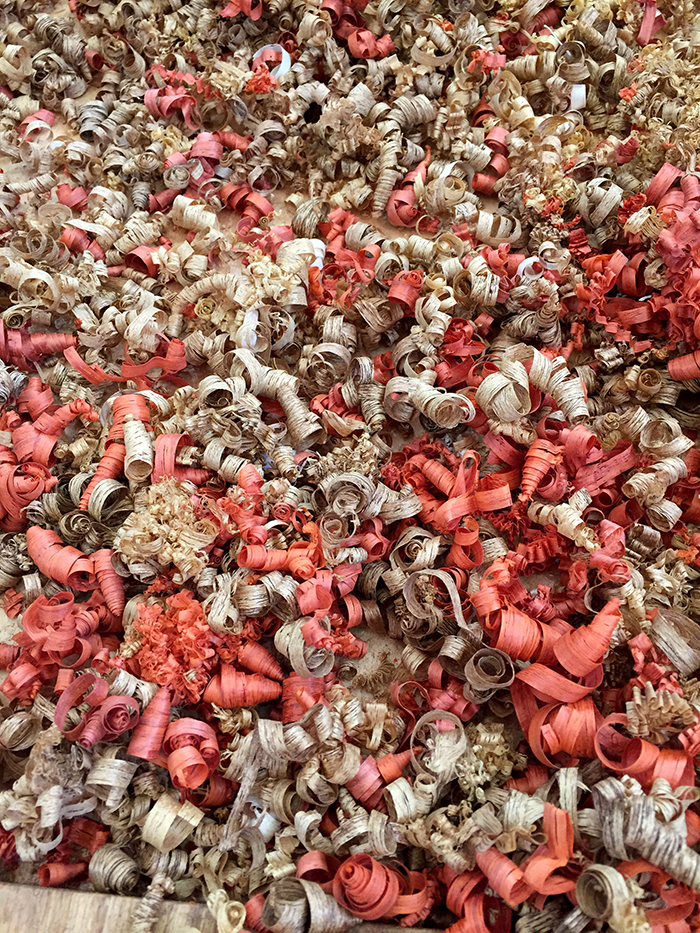 For three straight days, there was a line to make chopsticks. Young, old, women, and kids, all made perfect chopsticks. We gave them a little canvas bag with “Chopstick Master” printed in Chinese. On the drawstring was a little card that said “These chopsticks were made entirely by hand by _________________ on ___________. 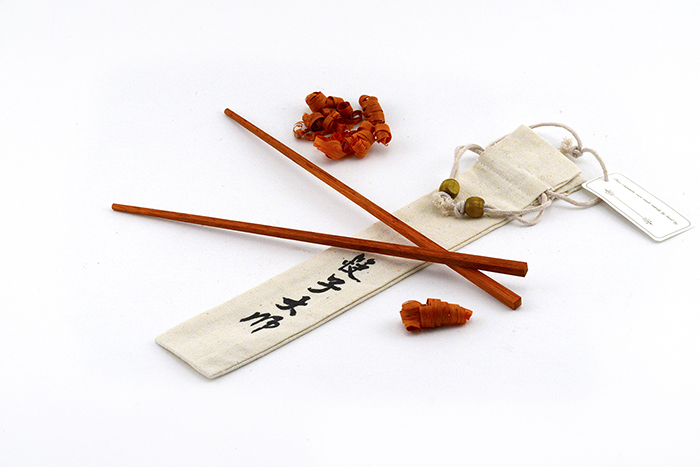 For those of you who follow this Totally Awesome and Worthless Blog, you know that this is the place where I don’t have to try real hard to be moronic. But what I am about to say is from the heart;

Never in my life, which includes almost 50 years in the woodworking community, have I witnessed as much joy as I did those three days in China. One maker came up to me and in an excited, yet broken English, said; “Giant white guy came to China to teach us chopstick making. THANK YOU!”

For many of these folks, it was their very first woodworking experience. And the results were perfect. How cool is that? My first woodworking project wasn’t perfect and it got me kicked out of Cub Scouts—but that’s another story.

One man I will never forget asked to have his picture taken with me. With moist eyes, he shared that his son was three years old and when he graduates from high school, these chopsticks will be his gift.

“I want buy!” was the most common thing I heard and I heard it several hundred times. The Chopstick Master has now been perfected and it is being licensed for manufacture in China. We will have them available this summer and it is a complete kit, some of which I can’t share because of the patents in the stream. But I can tell you that I don’t think it is possible to make any other perfect wood project in 5 minutes. Maybe I am wrong, but this is simply plain fun.

I had to pose for lots of pictures (not my favorite thing), most likely because I was the “Giant White Guy”, but I can tell you that I love the Chinese people who crossed my path those four days. We have much in common, including a readiness to bitch about our respective governments. At the end of the day, making is fun. Making perfect is indelibly fun.

So what really happened? I wish I knew, but I know it touched a deep nerve. Clearly nobody knows how chopsticks were made, including me three weeks earlier. The Chinese invented chopsticks over 6,000 years ago and they are a ubiquitous part of their culture, and for the five or six minutes it takes to make a pair, perhaps we were able to reunite some disconnected synapses that were patiently waiting to be reconnected with generations past. Personally, I despise working trade shows, but I would do this everyday for the rest of my life. The joy, the smiles—I just don’t know how to describe it other than it was magic.

We made approximately 400 pairs of chopsticks in three days and probably could have doubled that if my planes were not hijacked. Ironically, I did not make a single pair of squiggle wood chopsticks.

The only camera I had was my cell phone and it unfortunately ran out of storage on day two. Though the video is a little crude, I think you will get the vibe. The crowd was so crazy they brought in a DJ1 quad copter to shoot from the above. Insane.

My favorite story from this experience?

A gentleman returned the next day to make more chopsticks. He told me that he gave his first pair to his mom.

Thank goodness for Mothers. I really wish my mother was still among us. I would give anything to see the look on her face after this experience — I am certain it would be much different than “the look” after seeing my report cards.

PS. Chris Schwarz stopped by our headquarters recently and made chopsticks entirely by hand using the Chopstick Master. Read more about his experience here.