The first production prototype came in last Thursday and I thought I would share with you a sneak peek. As mentioned, this item will be made completely in China and I think you will be thrilled with the quality.

Before we move on to the pictures, I want to thank all who commented on the logo – all my teachers in my life and my deceased parents would be pleased to learn that I do indeed listen.

Here is the new copyrighted logo for the box and the Chopstick Master;

The logo for the ChopstickMaster.com splash page is a little different for reasons that I am too lazy to explain;

As previously mentioned, the production prototype was hand delivered last week and I could not be more thrilled with the results. For those of you worried about quality, I assure you this tool will be as good, or better than if we produced it here in U.S.

Over the last 6 months, over 1,000 pair of chopsticks have been produced with various CSM prototypes and I would like to share the changes that occurred from not only my own mistakes as a designer but from the observations I have made watching complete beginners make their very first project from wood.

Here’s an overall view of the Chopstick Master from China; 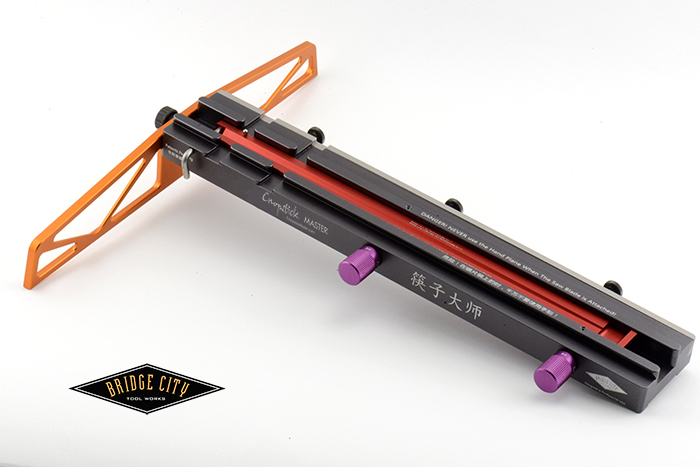 One huge improvement are the purple adjusting knobs; the settings are now visible from the top. Why I did not think of this out of the box is really rather stupid.

The HP-8 with acetal depth skids; 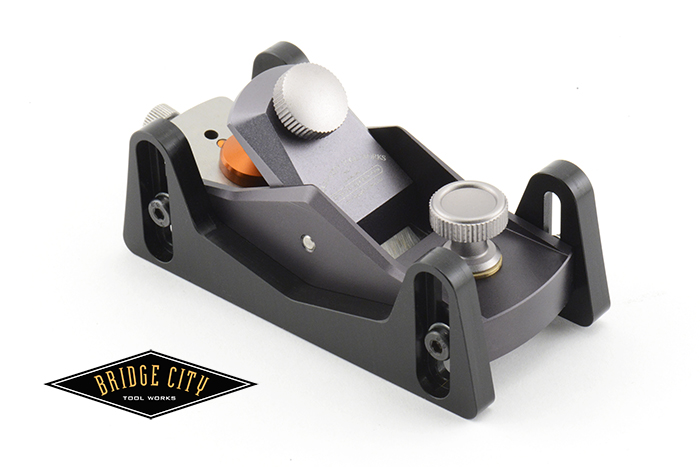 The CSM has the ability to make chopsticks with a 5mm octagon working end, or a 2mm octagon. Here’s a pic of the 5mm arm; 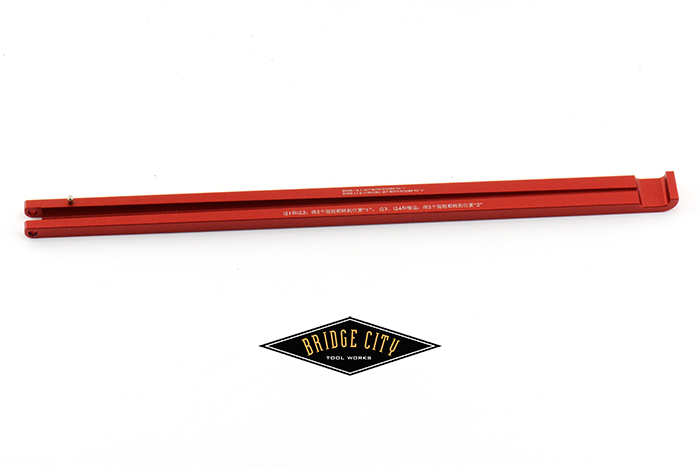 The “V” groove down the center is how we transition the square rear end of the chopstick to a perfect octagon at the narrow end.

This tool was designed for absolute complete newbies. As such, we needed a way to address a dull plane iron. Here’s a pic of the small little honing guide that guarantees a perfect 30 degree micro bevel; 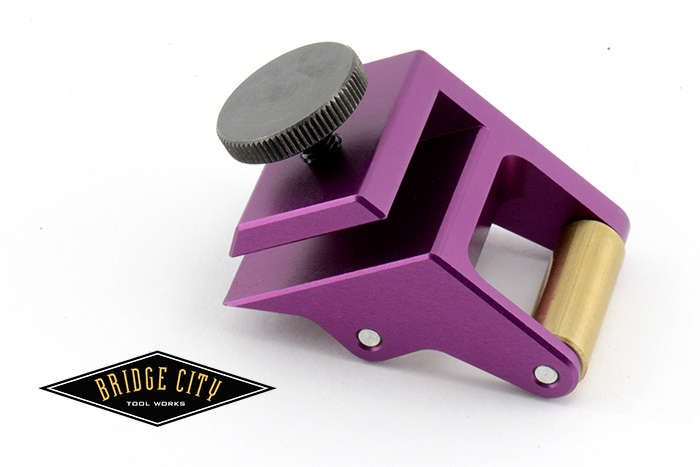 What makes the CSM so much fun is the pyramidal finial. That is cut with this specially designed crosscut saw blade made in Japan; 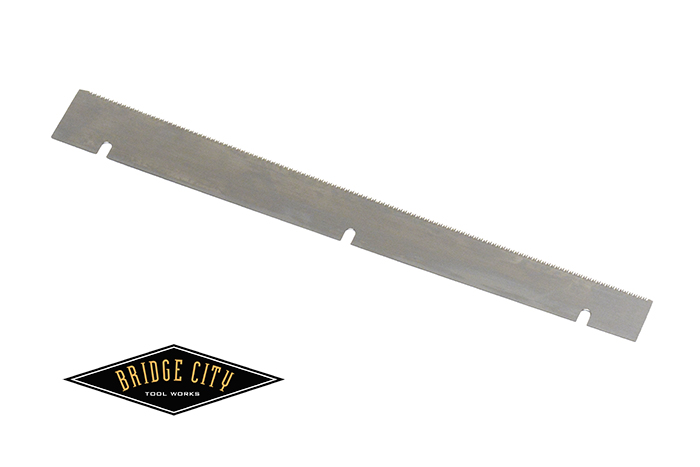 This pic, courtesy of Konrad Sauer who has a beta unit, shows how cool this cut is in rosewood – it takes about 15 seconds to make all four cuts; 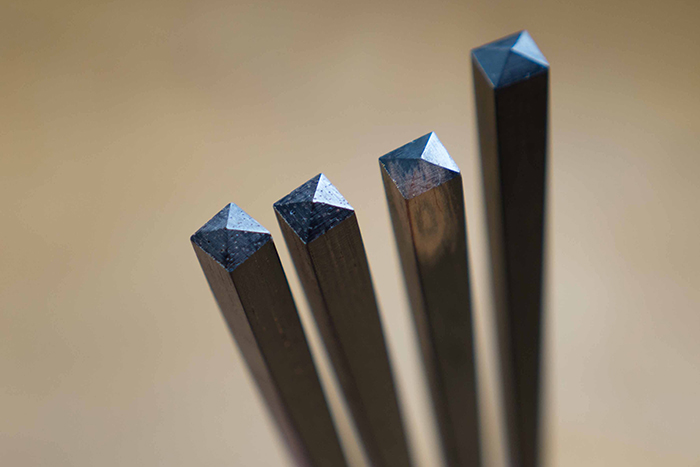 To hold the chopstick dead in place while making these four cuts, we needed to make a mini-Jointmaker Pro. Here’s a pic of the sliding table and the adjustable length stop; 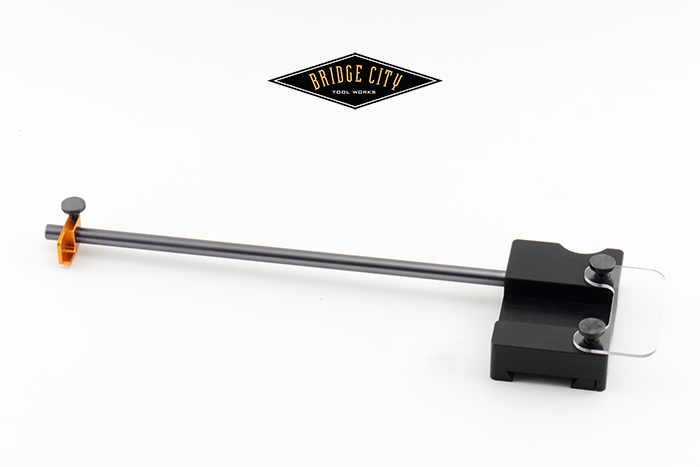 For those of you who participated in the beta-testing, you can see several improvements. The stop bar is robust, and the entire sliding table has been redesigned. There is much more “purchase” for the chopstick and fingers; the thumb cut-out removes all doubt as how to hold the chopstick in place, and we added set screws to the gib so the sliding table does not “wiggle” itself loose.  Here’s a close-up; 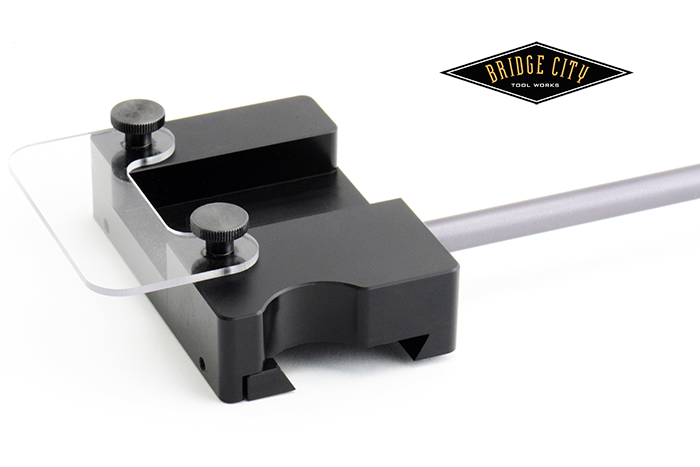 The CSM with blade and sliding table attached, the counter hook is now indexed to the body. Here is what it looks like for making the chopsticks; 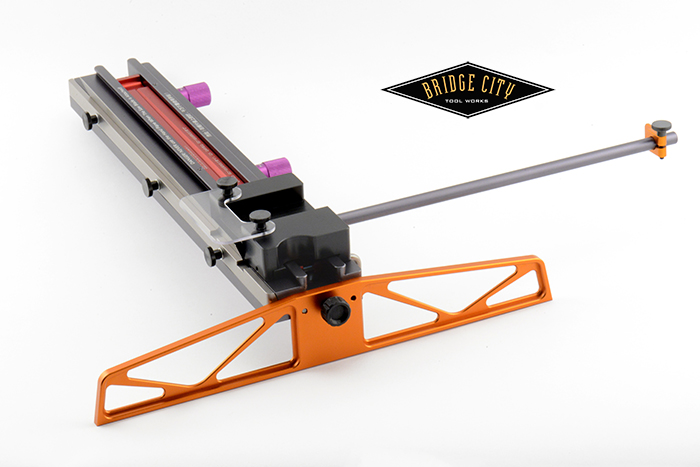 Here’s what it looks like when you flip it 180 degrees for sharpening (the grit is 8000 grit sandpaper from 3M). The strips are custom made with self-adhesive and can be replaced when worn. DSN members will likely use their own stones. At least I do. 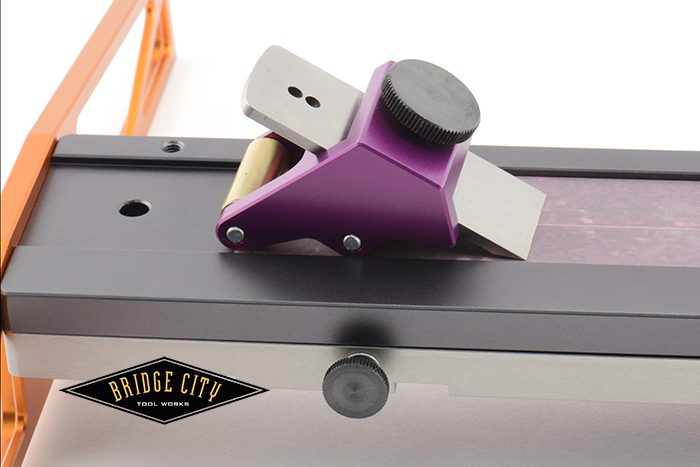 Again, thanks for the logo feedback, it was really helpful. We will open this for pre-orders real soon!  The first production run for 2015 has some manufacturing constraints that should be addressed in 2016 so we have a fixed allotment for BCTW this year. FYI.

The only changes that will differ from what you see here are logos added to the counter hook and honing guide.

Here’s a pic of the very attractive box; 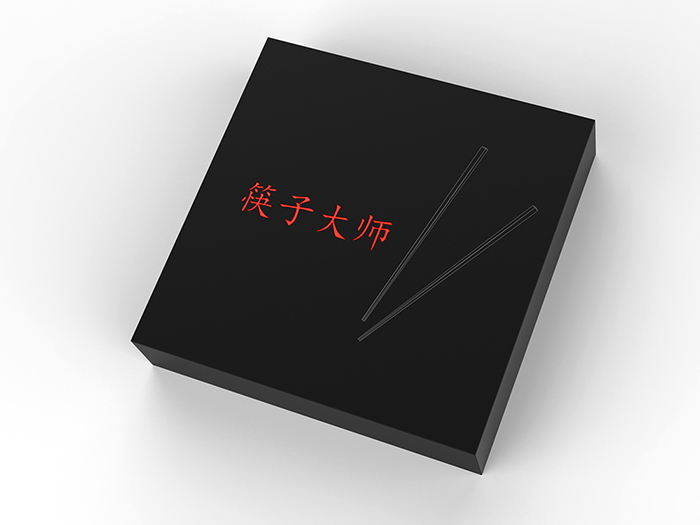 There’s more to this box that what you see, but that will be a surprise.

If you are going to host a chopstick making dinner (they are a blast by the way) you will want to wear one of these to make it official; 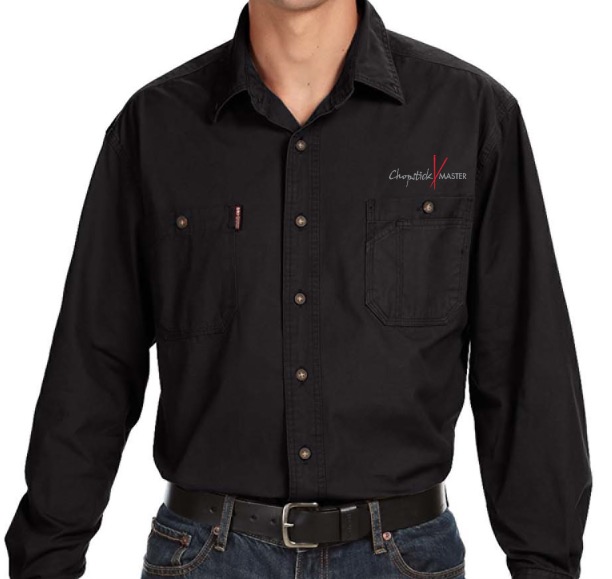 Again, thanks for the logo feedback, it was really helpful. We will open this for pre-orders real soon!  The first production run for 2015 has some manufacturing constraints that should be addressed in 2016 so we have a fixed allotment for BCTW this year. FYI.