I think the HP-10 Foxtail Convertible Plane is one of the best tools we have ever produced – it is a blast to use, fits the hand like a glove, and as of this writing, just got better.

Sometime next week, we will open up the pre-order window for the new Dado/Groove kits for this versatile plane. And for those of you with aging memory like me, grooves are cuts parallel to the grain and dado cuts are typically cut across the grain. A typical groove cut would be the cut in the sides of a drawer that receive the bottom as in the image below. A common dado cut is the cut across the grain to receive the ends of a bookshelf. This distinction is important because across the grain cuts require that the edges be scored or “nicked” before the plowing action of the iron engages. Without severing the cross grain fibers the cut looks like it was made with low grade explosives. Not good.

Here’s a pic of the new sole on the HP-10 and a walnut drawer side prior to cutting the dovetails; 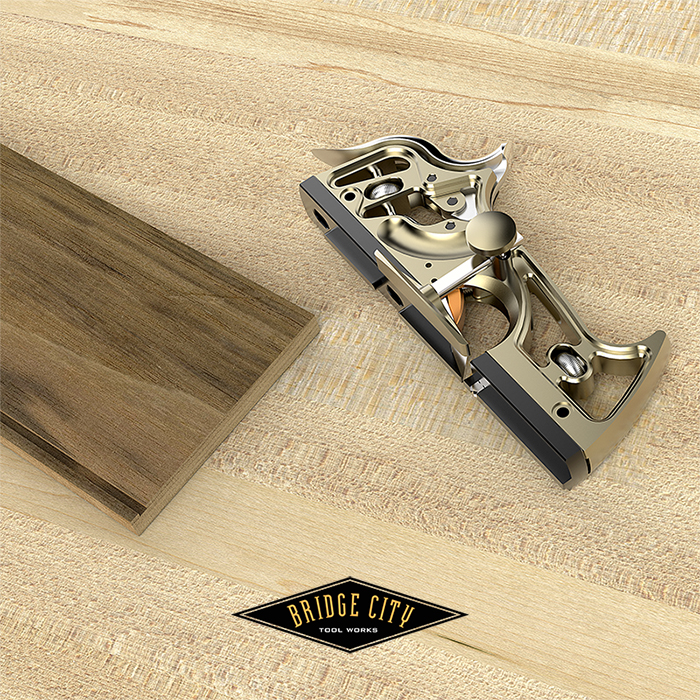 We are making Dado/Grooves kits in the following widths; 1/16″, 1/8″, 3/16″ and 1/4″.  The reasoning for these four sizes is simple, they are the most common for tongue and groove joints. The tongue counterparts for these four will be introduced in late December or early in January, 2016.

Here’s a peek at the complete kit, each size is a different color (anodized aluminum) so old farts like me can tell the difference; 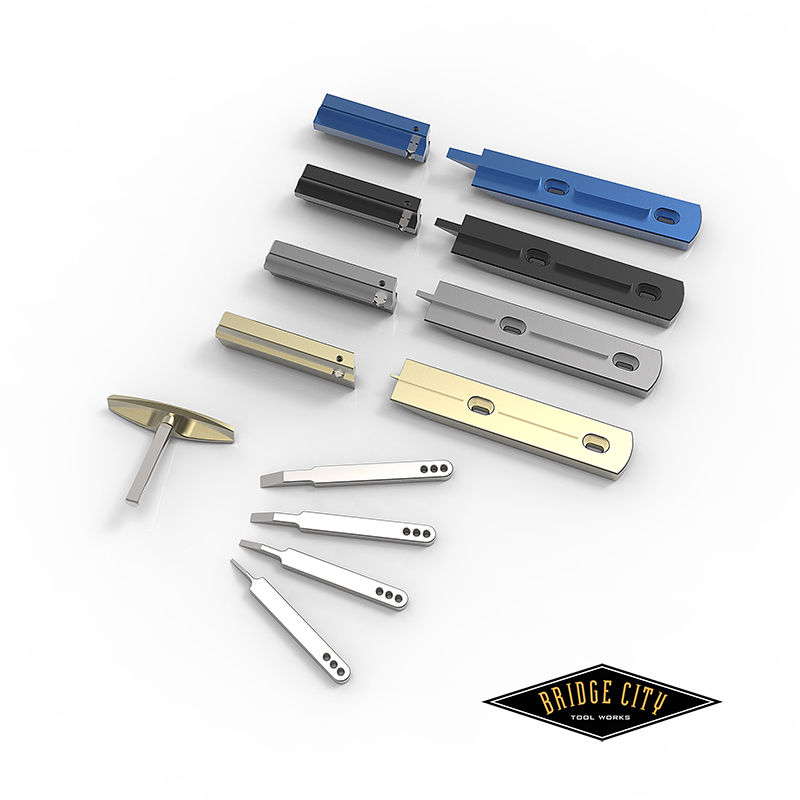 The scoring cutters in these 4 sizes are unequaled in function. (For those of you with the HP-6 version, they are almost identical. They are little works of art and can easily be sharpened with a slip stone). With the grain, across the grain, end grain or diagonal, you will get razor crisp results that are smoother than what can be made with a saw or router. Oh, and a whole lot quieter too. The depth of the scoring cutter is adjusted by the retaining screws pictured above.

The little depth foot in the pic above fits in the bracket included with the Rabbet kit (everybody who owns the HP-10 has this bracket from the Rabbet Depth Stop). The foot and stem for the rabbet kit is too short for dado and groove cuts, hence this accessory.

Why is this important? Because not all grooves are for tongue and groove joints. Inlay strips, banding and other applications require a groove that is less deep and this stop will allow you to vary the groove/dado depths. Without the depth stop, all grooves/dados are as deep as they are wide — you simply cut until the plane quits cutting. Voila — a perfectly formed dado/groove.

Here’s another little cool detail. Each of these sole kits, regardless of the dado width, are exactly 1″ wide which means they are a tad wider than the plane body. Why?  Because you can find the center line of your groove really easy if you know it is exactly 1/2″ from either of the sole edges. This is important when you need to use a shop made guide fence (strip of wood) to place your cut at odd angles or when the HP-10 Guide Fence runs out of travel.

Once you make a dado cut or a groove cut with this system you are going to have a hard time going back to that heavy, noise making router.

That’s it for now. Did I mention I have some really cool news regarding the Chopstick Master? I think I did but can’t remember .

Thanks for reading this drivel,